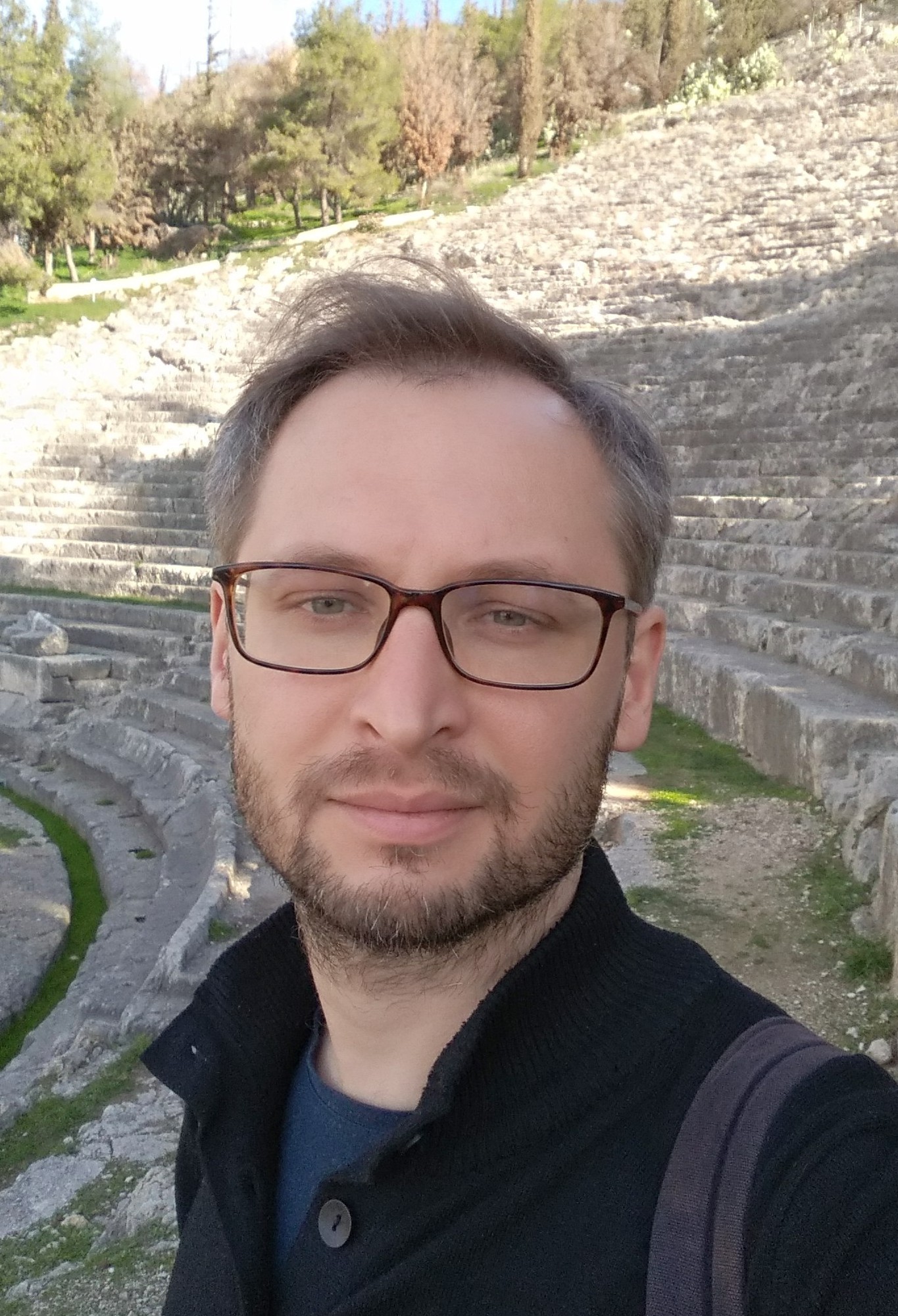 Krzysztof Nowak: I graduated from the Faculty of Philology at the Jagiellonian University (classical philology) and there I also defended my doctorate on the theory of reading Roman grammarians. Since 2010, I have been employed in the Medieval Latin Studio of the Institute of Polish Language of the Polish Academy of Sciences. As a lexicographer and a member of the Medieval Latin Dictionary in Poland team, I describe what the words used in medieval texts written in Poland meant, and therefore how people living in that era understood themselves and the surrounding reality. By contributing to linguistic corpora, I try to provide tools that will help you analyze the language faster and more rigorously. As a linguist, I try to use corpora to understand what the distributional properties of words (e.g. how often they are and in what company they appear) tell us about their meaning. I am particularly interested in metaphorical expressions, wanting to better understand why in Latin (as well as in Polish) we waste time, something falls out of our memory and we are consumed by jealousy.

Since 2018, I have been the manager of the NPRH grant, Electronic Corps of Polish Medieval Latin. Continuation of work (https://scriptores.pl/efontes) and contractor in the Długosz 2.0 project. The body and tools for analyzing the language of Jan Długosz (https://scriptores.pl/dlugosz). Since 2010, I have been co-running the information portal Classica, mediaevalia etc. (http://classica-mediaevalia.pl).